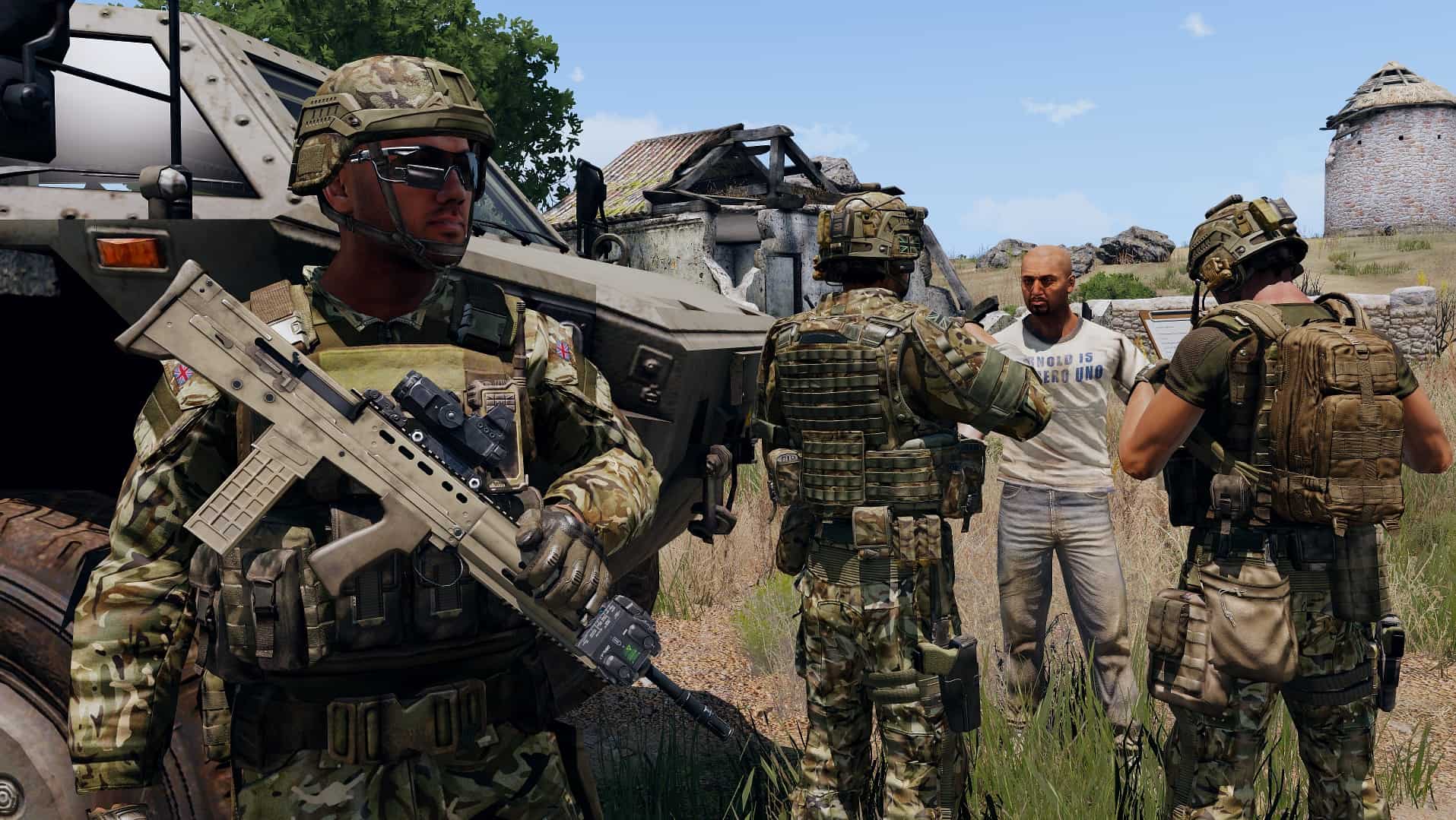 How To Import Mods Via HTML – Arma 3 Launcher

Hello there everyone! I wanted to explain how to use the import HTML feature of the Arma 3 launcher. Specifically how it’s a much easier way to get mods for your desired server you want to join. So let’s get into it.

First I want to start off by saying the reason I think this is the easiest way to go about it is due to the following reasons.

Now that that has been said let’s get into how to use this feature. 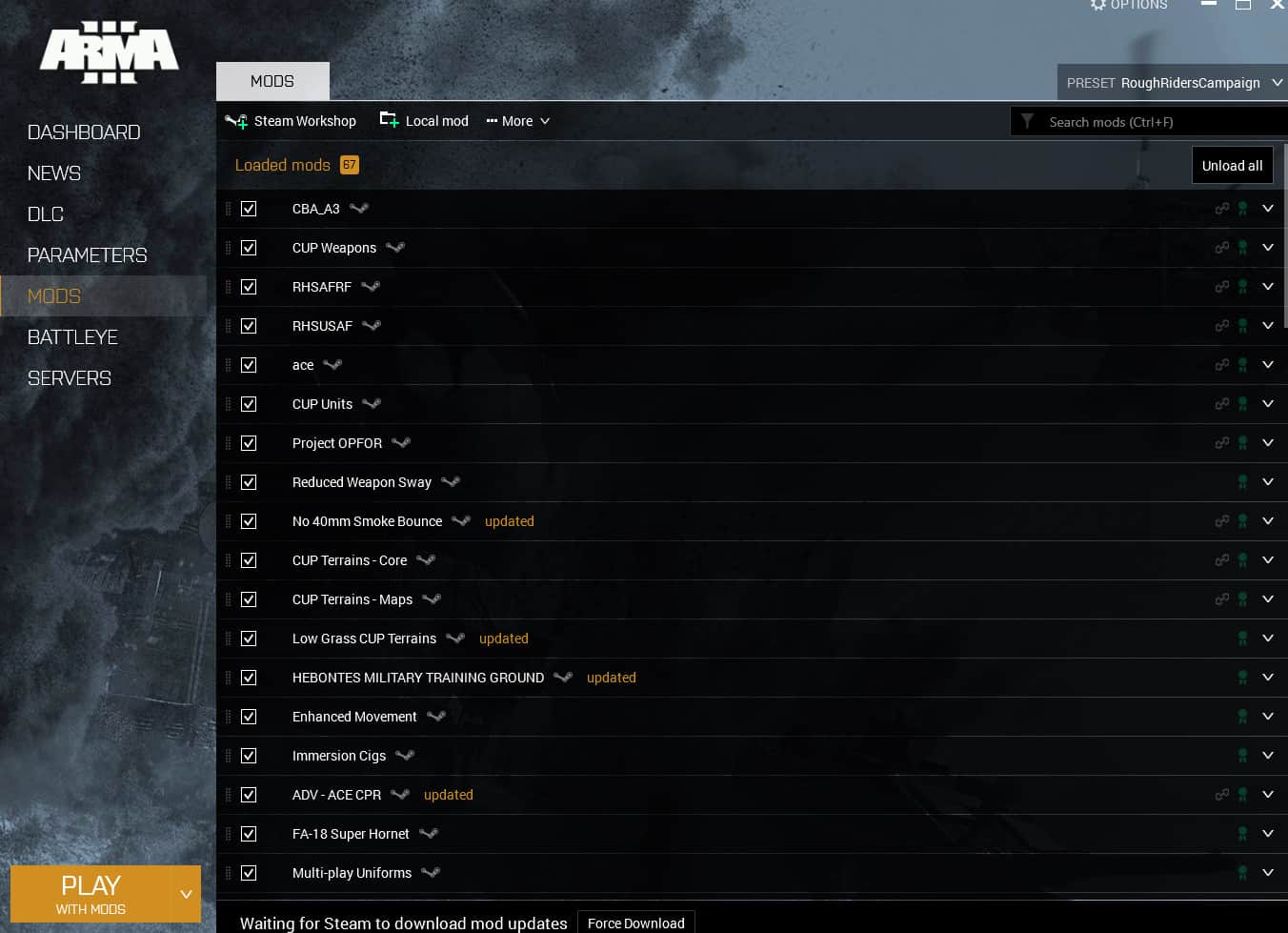 Step 1
Navigate to the mods section of your Arma 3 launcher. 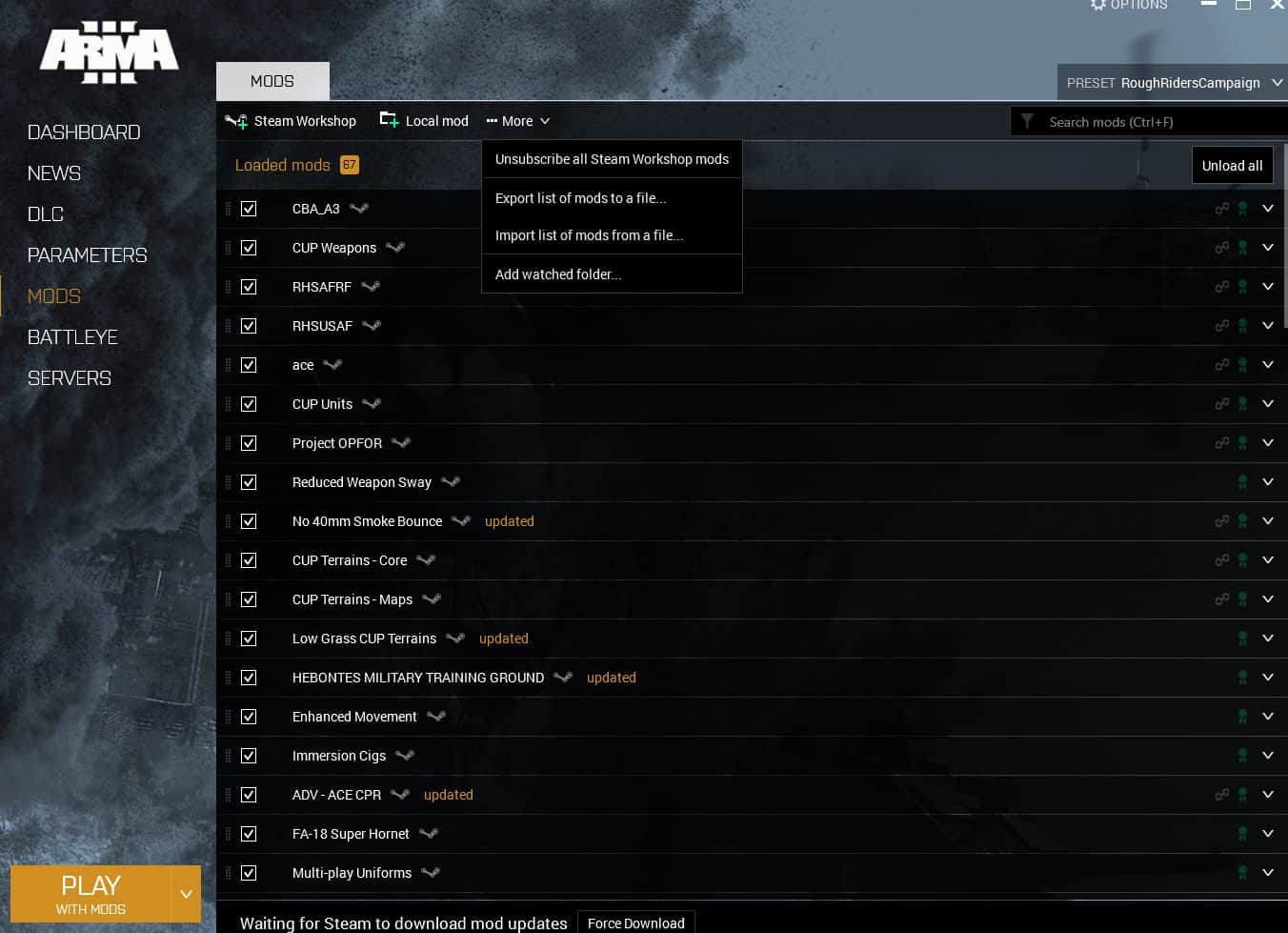 Step 2
Click on the “more” drop-down menu item near the local mod and Steam Workshop buttons. 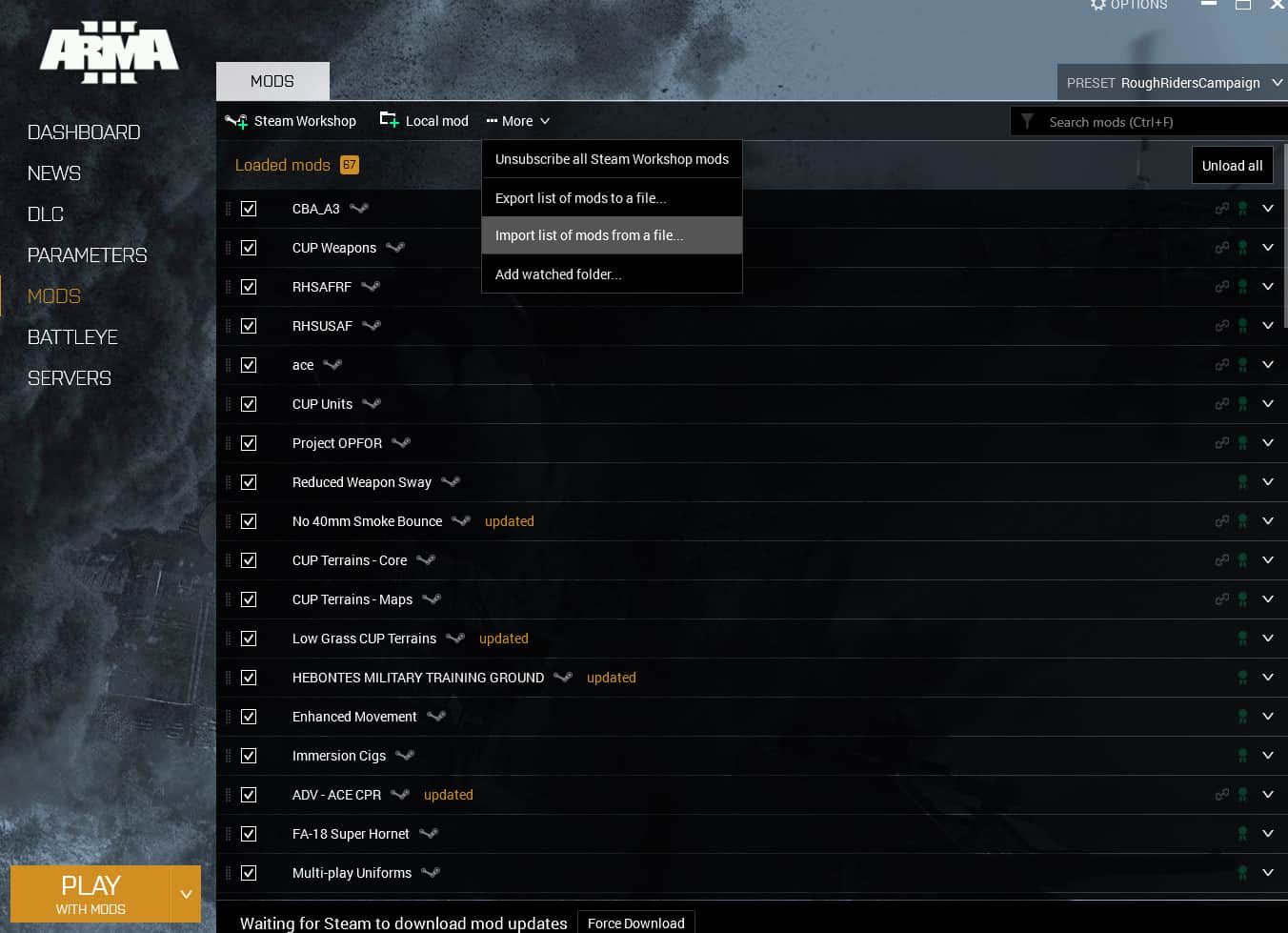 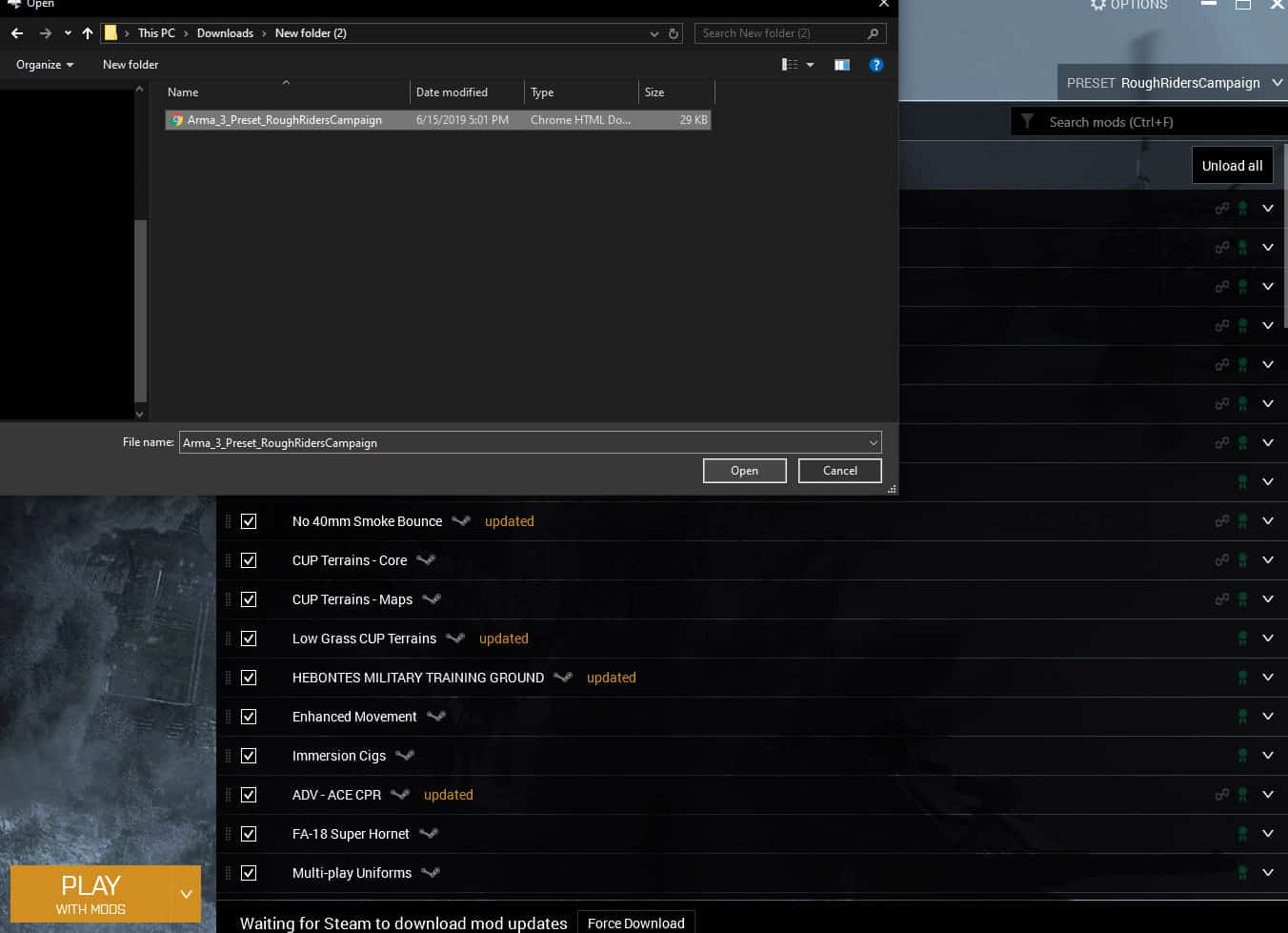 Step 4
Now find and select the HTML document that you downloaded from your desired communities web page or another download source. Once you have imported that file the Arma 3 launcher will confirm with you what mods you want to subscribe to. It should automatically download them and enable them for you.